My Speech at the Pink News Cardiff Summer Reception 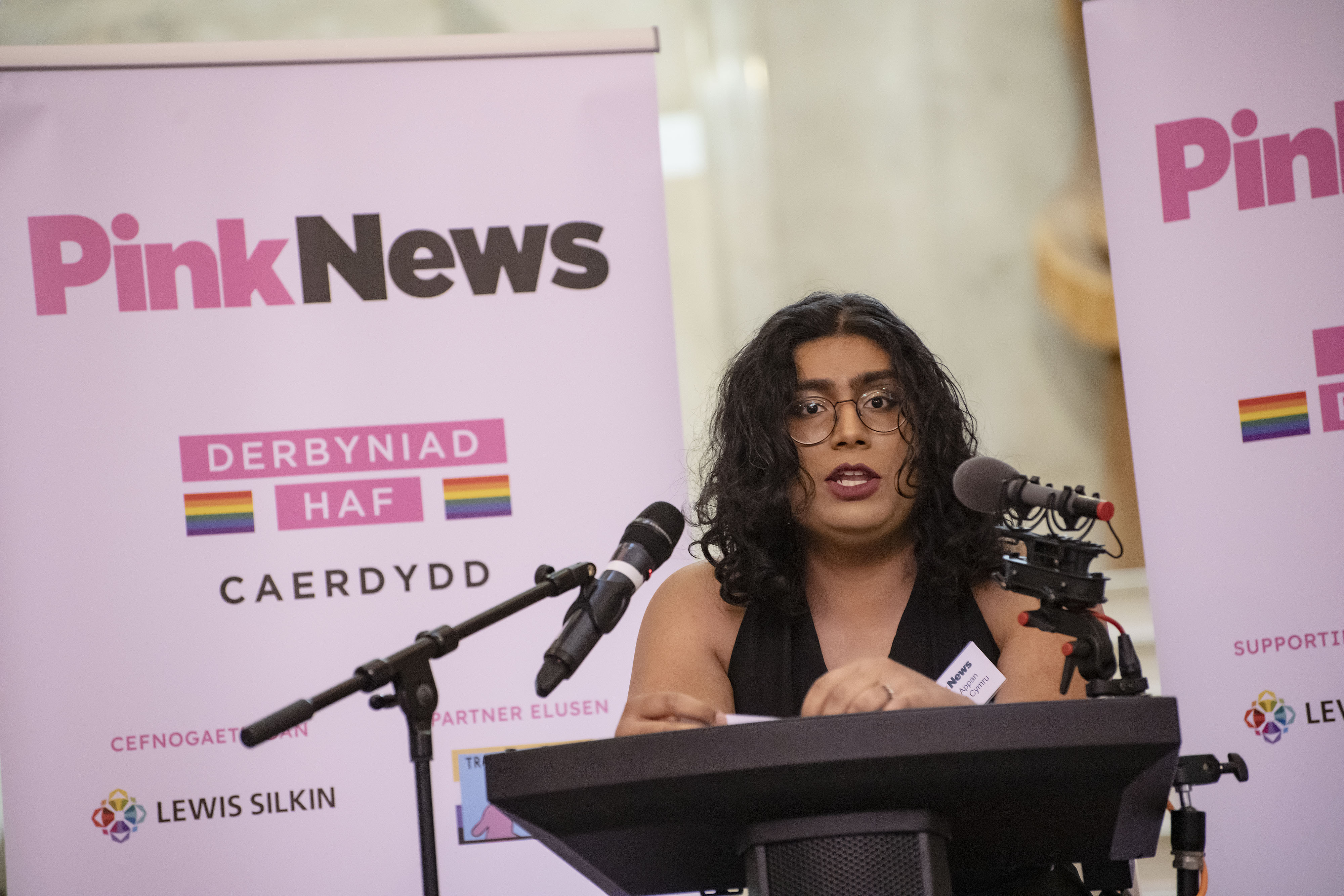 This is the speech I gave on 14th June, at the Pink News Cardiff Summer Reception. Trans Aid Cymru was invited as the community partner, and politicians from all the major parties in Wales were present. It was a rare opportunities to voice our anger and frustration about how disenfranchised the trans, intersex and non-binary community feels. My initial draft was way too long and angry, it was difficult to cut out parts, as frankly there is a lot to angry about. Anyway, here’s the speech:

“I’m Shash. I’m co-founder of Trans Aid Cymru, or TAC, a mutual aid network for trans, intersex and nonbinary people, by trans, intersex and nonbinary people. We provide grants, resources, and support for the trans community in Wales. We’re a small organisation, a bit more than 10 people, all of us unpaid, most of us disabled, working in our spare time to support our community because no one else will.

TAC exists due to the inadequacy of government services and social safety nets for trans people and the hostile climate towards trans people in this country. We share resources, money, food - we hold meetups and events, and we make resources to keep our community informed and more able to advocate for themselves.

While I’m proud of the work we’ve done at TAC, I cannot say it’s been stress free. We’ve had to support at least 1 trans person who is experiencing homelessness every month. Many people who apply for our grants struggle with disability, cost of living, a lack of advocacy, loneliness. We are disproportionately affected by unemployment, mental illness, homelessness, substance abuse, sexual and physical assault and abuse. Trans people don’t feel safe when dealing with most organisations due to the ongoing transphobia in the media which portrays us as villains and abusers.

One of our most popularly requested events is such a simple one. It was the simple act of TAC booking a swimming pool out just so trans people can swim without fear. Fear of the changing room, the stares. I used to swim all the time before I came out, all through my childhood. In the 6 years I’ve been out, I’ve swam once. Every second was terrifying. I was gutted to miss the first TAC swim, but I’m looking forward to the next one so I can enjoy swimming again.

And there, that bittersweet feeling, is quintessential to the trans experience here and now. So much of our joy involves getting to do things that cisgender people take for granted. We live as an underclass. There is no escape - we have always been trans and always will be. Every trans adult was a trans kid. All of us wish we could have lived as our authentic selves earlier and had the opportunity to. The reality for Welsh trans kids currently is that being their authentic selves will remain a wish, a fantasy. There is no formal support for Trans Kids in Wales, and these children and teens are currently suffering because of it. That’s not something that mutual aid can fix. I’m hoping that some of the people in this room can.

The current process for trans kids to access support is to be referred to Child and Adolescent Mental Health Services, or CAMHS. A strange choice, since being trans is, rightfully, no longer considered to be a mental illness. After years of jumping through hoops and gaslighting by doctors, they would hopefully be referred to The Gender Identity Development Service in Tavistock, England. Due to the waiting lists, appointments, and back and forth across the country, trans kids usually never actually end up receiving any form of treatment, let alone medication, they age out of the system. They go through years of it for nothing.

Mostly, the trans community simply do not have a voice. We have been given a rare opportunity tonight to speak at a public forum, and we’d like to thank PinkNews for their platforming of us - although they may come to regret it in a minute!

All major parties in Wales have systemic issues of transphobia. Transphobia within the electoral parties is given a pass as an acceptable bigotry. Why is it seen as acceptable?

Labour Councillor Sue Lent was called out in the National for her transphobia, and her response was to double down. The Labour party has done nothing.

Helen Mary Jones, Former MS of Plaid Cymru, was infamous for transphobia on her Twitter account. Eventually, after losing countless members to inaction, Plaid Cymru had her simply delete her Twitter account. Thankfully, she lost her seat at the last election, but has instead landed a cushy position on the Social Care Wales Board.

Transphobia is essentially Tory party policy. We have been excluded from the conversion therapy ban. GRA reform was undemocratically dropped. Boris Johnson himself got on television to drop transphobic dog whistles to distract from his failings.

How are trans people meant to feel safe? There is an oxymoron of politicians asking marginalised people to “get involved” in electoral politics while simultaneously embracing people who would see us less than human. There is no integrity. It’s a farce. Our democracy is a lie for marginalised people.

The worst part is there are probably people in this room, who will say they support trans people’s right to exist but will not use their power to remove transphobia in their parties, institutions, and workplaces. We see through it. Your platitudes won’t save us. Our friends are dying and suffering in silence. We need action.”

Bonus: A photo of us from Trans Aid Cymru who went!

Read other posts
I was silenced at a the Llais Fanc when speaking up for Trans Rights. →